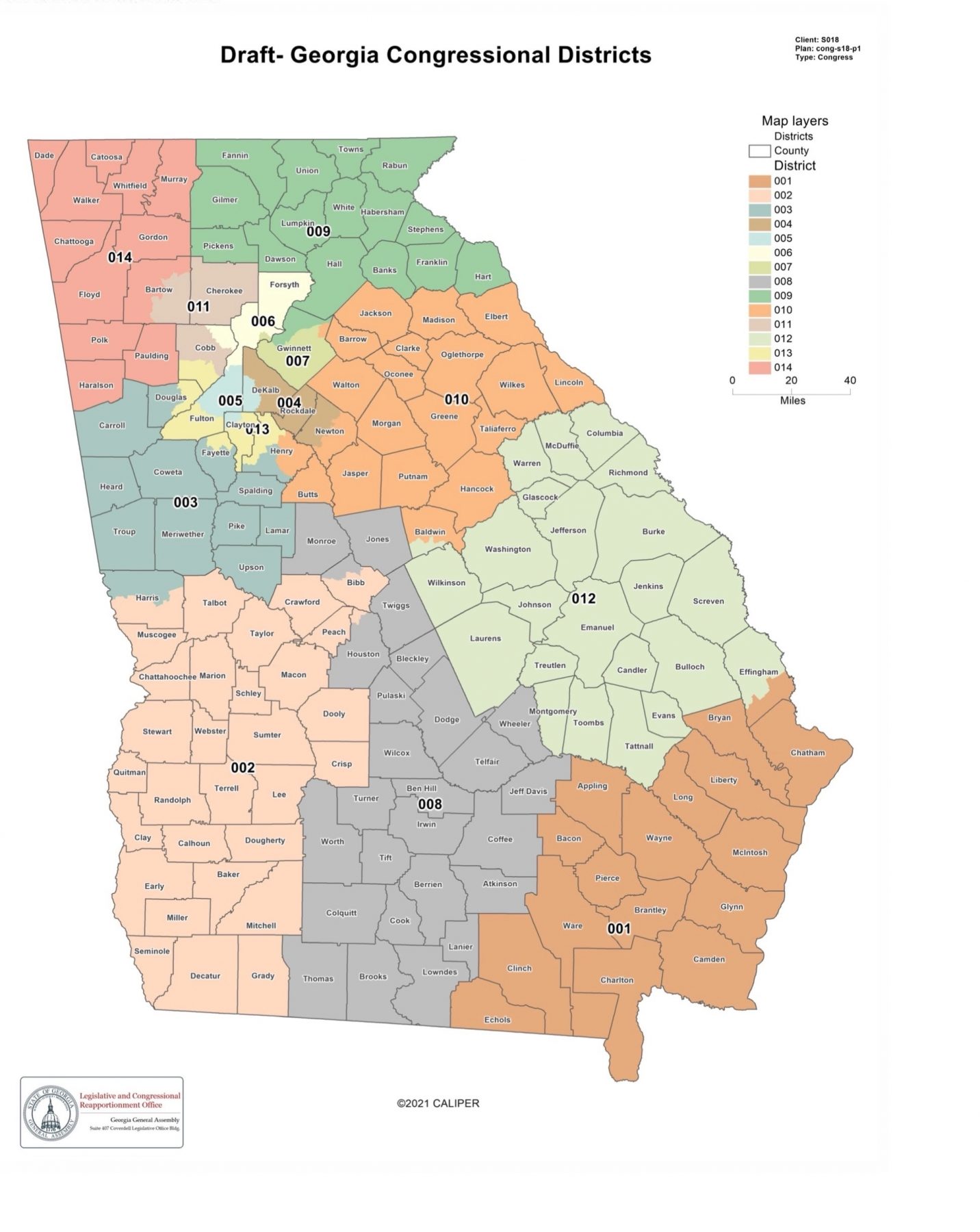 The map places Jackson County in the Tenth District. Ninth Congressman Andrew Clyde (R-Ga) resides in Jackson County. If the proposed map passes, Clyde could no longer serve as the Ninth Representative.

Northern Gwinnett becomes part of the Ninth District and out of the Fourth but remains in the Seventh and Tenth.
The Senate bill will now go to the house and then into conference.

Every 10 years, the legislature redraws district lines according to Census population data. The political future of the state often hangs in the balance. Currently, Republicans control the House and Senate in the General Assembly.

“It is clear that this map not only meets principles of redistricting, but we are proud to present a map that regardless of political party, Georgians can be proud of,” said Lt. Governor Geoff Duncan. “Ensuring that any maps we produce are fair, compact, and keep communities of interest together, will continue to be of upmost importance.”

“Even given the delay of official Census numbers, the Senate Redistricting Committee has diligently worked to ensure that we hear from citizens across all regions of the state,” said Chairman John F. Kennedy. “Looking at this map, it is obvious that Georgians have been heard, and will continue to be heard.”

Lawmakers on the Joint Reapportionment Committee are responsible for developing the new district maps. Sometime later this fall, the General Assembly will convene a special session concerning redistricting in Georgia.