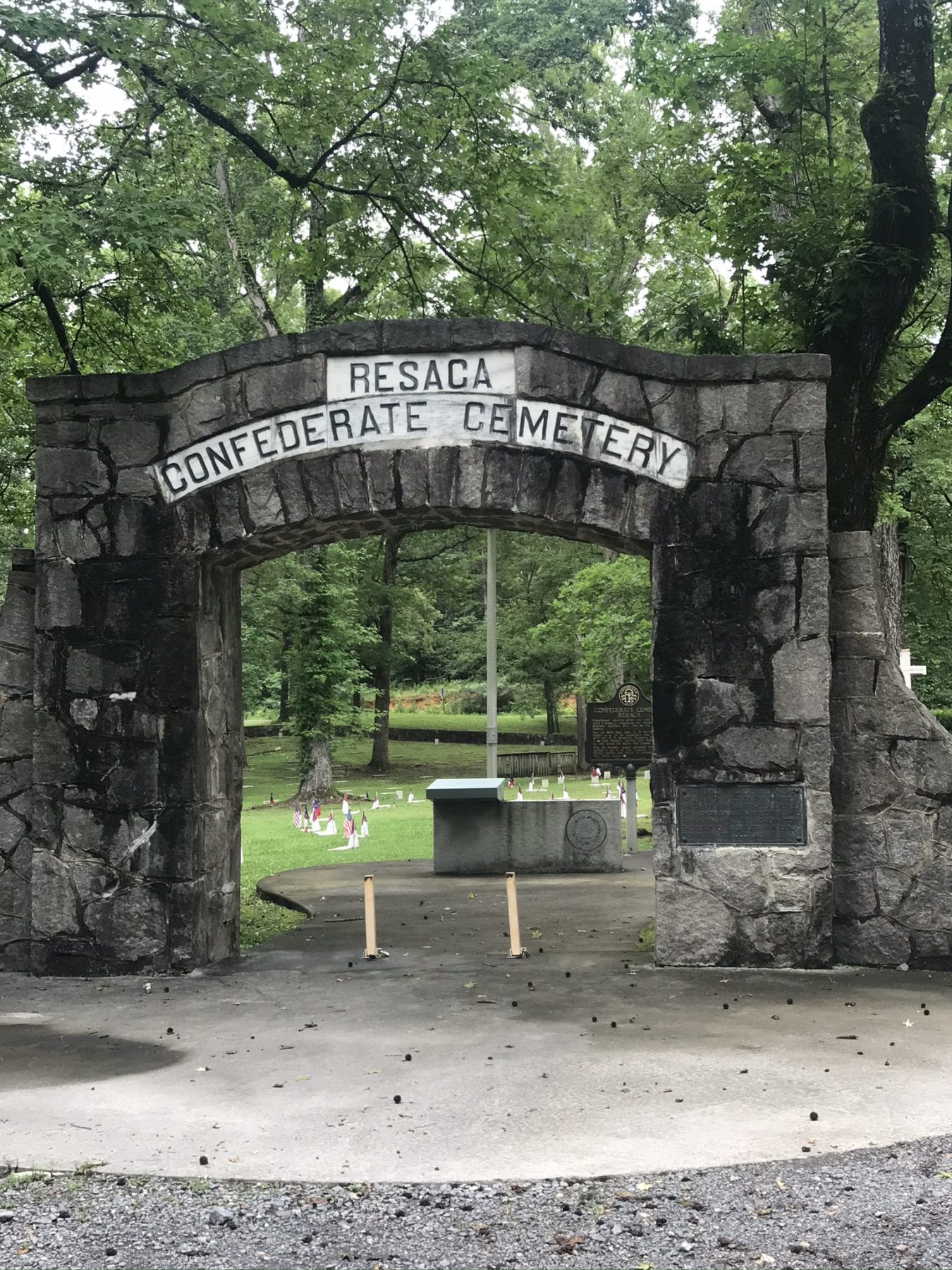 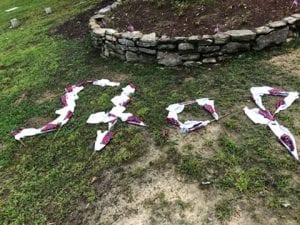 Resaca Confederate Cemetery was recently vandalized amid growing tensions between those wanting to remove all reminders of slavery and those who want to preserve history. No arrests have been made but the incident is under investigation by the Gordon County Sheriff’s Department. According to the report made by Deputy E.L. Kirby with the Gordon County Sheriff’s Department, some of the flags were laid down to spell “Stop Racism.”

John Biddy, Commander, Gen. Stand Watie Camp #915, Sons of Confederate Veterans, said none of the grave markers were damaged. All the damage was done to the second Confederate flag, which features a white rectangle two times as wide as it is tall, a red quadrilateral in the canton, and inside the canton is a blue saltire or St. Andrew’s cross, with 13 white stars.

The first Confederate flags, which feature three horizontal stripes alternating red and white, with a blue square. Inside the square are white stars. 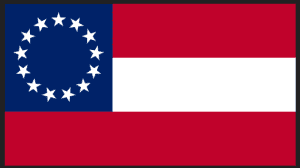 “It was probably just a little bit of ignorance in history,” Biddy said as to why the St. Andrew’s cross flags were targeted but not the others. “There were several Confederate flags.”

Although the damage was minimal, Biddy pointed out the flags were purchased by a private citizen and placed on the graves, but the alleged vandals removed the flags, threw them in the center of the cemetery and stomped on them. 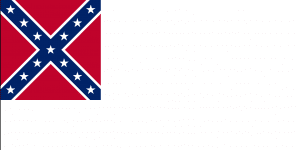 The second Confederate flag, featuring the St. Andrew’s cross. Vandals recently removed these flags from the graves of soldiers at the Resaca Confederate Cemetery.

The 2.5 acre lot, located off U.S. Highway 41 was founded on October 25, 1866 when John Green’s family returned to their plantation to find the bodies of Confederate soldiers buried in crude, makeshift graves across their yard.

Mary J. Green and her sister began working toward giving the soldiers a proper burial and although many in the area were left in poverty, they were able collect donations. John Greene, the superintendent of the Georgia Railroad, gave his daughters the land for the cemetery. Many of the 450 graves are unknown and only one civilian is buried there – Mrs. E.J. Simmons who was the president of the historical society and headed the movement to place a memorial stone in the cemetery. 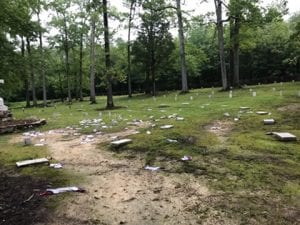 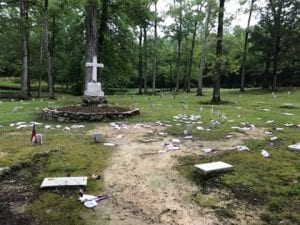 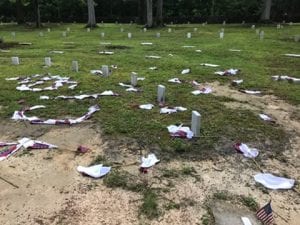 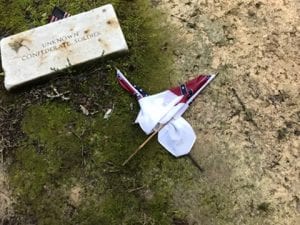 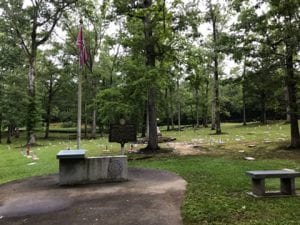 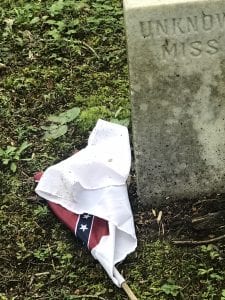 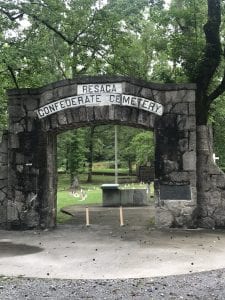 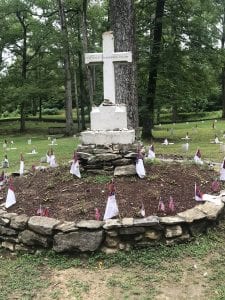 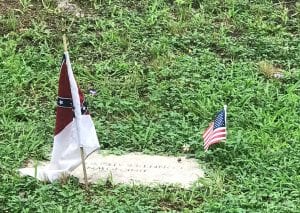 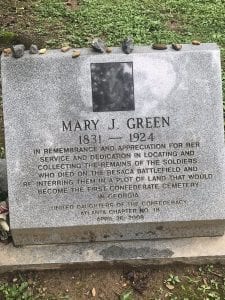 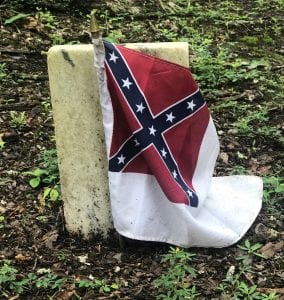 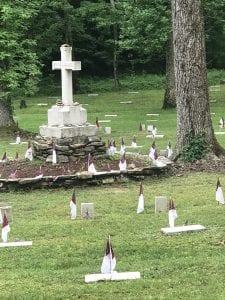 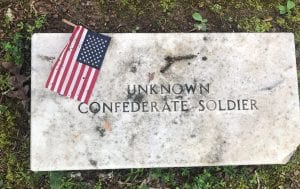 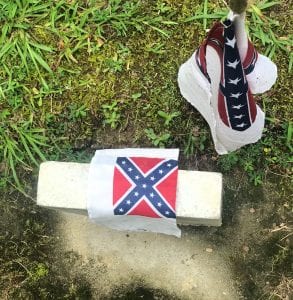 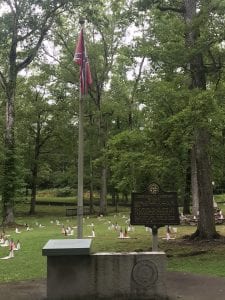 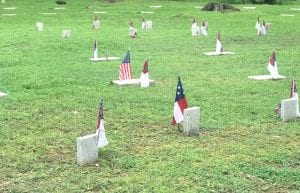 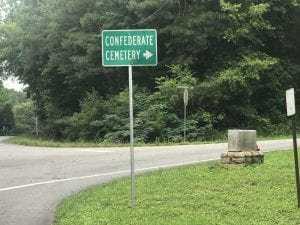 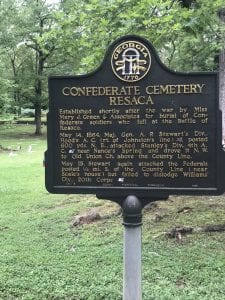