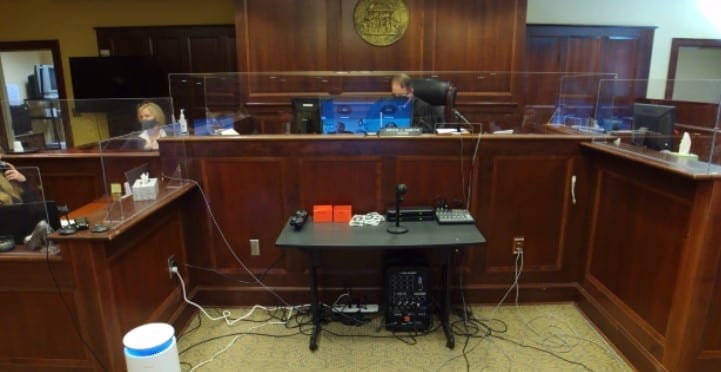 They will be able to inspect and scan the unsealed ballots but only according to protocols and practices set in place by the court.

Judge Amaro agreed that the plaintiffs should have access to 600 dpi (dots per inch) images. He was against a third party handling the ballots.

“The question that I have really is whether instructing the county to do that, requiring the petitioners to pay is sufficient,” Amero remarked.

All parties involved were told to meet where the ballots are being stored in Fulton County next Friday, May 28. Amaro specifically stated he only wanted council in attendance with a potential exception for forensic experts. From there, they will continue to iron out protocols and procedures for ballot inspection.

“I’m wondering also whether or not it’s possible to produce the envelopes in a way that does 100 percent eliminate any identifying information,” Amero asked. 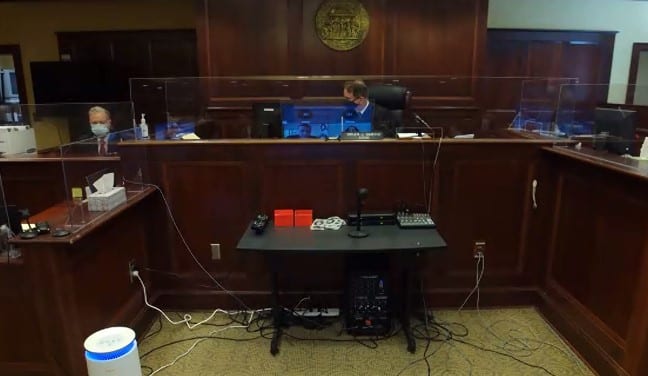 Secretary of State requested a “truly independent” audit rather than conducted by the petitioners who may have “preconceived biases.”

“I have no inclination at all to release these ballots to anyone other than the clerk and the council,” Amero told the Secretary of State’s attorney, “Whether they have the right to conduct these independent viewings, maybe not a physical inspection, but an inspection none the less, a visual inspection, combined with an opportunity to have ballot images at a resolution that allows them to peruse their claims that seems to be something that they have the authority and the right to do.”

“From day one I have encouraged Georgians with concerns about the election in their counties to pursue those claims through legal avenues. Fulton County has a long standing history of election mismanagement that has understandably weakened voters’ faith in its system. Allowing this audit provides another layer of transparency and citizen engagement.”

According to the plaintiffs’ legal counsel, a special scanner would need to be brought in to achieve 600 dpi images of the ballots. The judge will take that into consideration along with the time and labor necessary to complete the task.

Garland Favorito, a voting rights advocate, is one of the plaintiffs in the case, and his group VoterGa has partnered with Jovan Pulitzer for forensic inspection.

“Jovan is the only expert we have found who clearly understands all details of what is needed in a forensic ballot inspection. His unique, patented technology is unmatched in the country. He has assembled a remarkable team of forensic experts who can be on site to assist VoterGA inspection team members. His technology team and our Georgia election expertise represent the perfect combination of teammates who can find the truth about Georgia ballot integrity no matter what that truth may be.”

All election contest suits have been dismissed. This particular case pertains to a violation of individual rights pertaining to the state constitution.