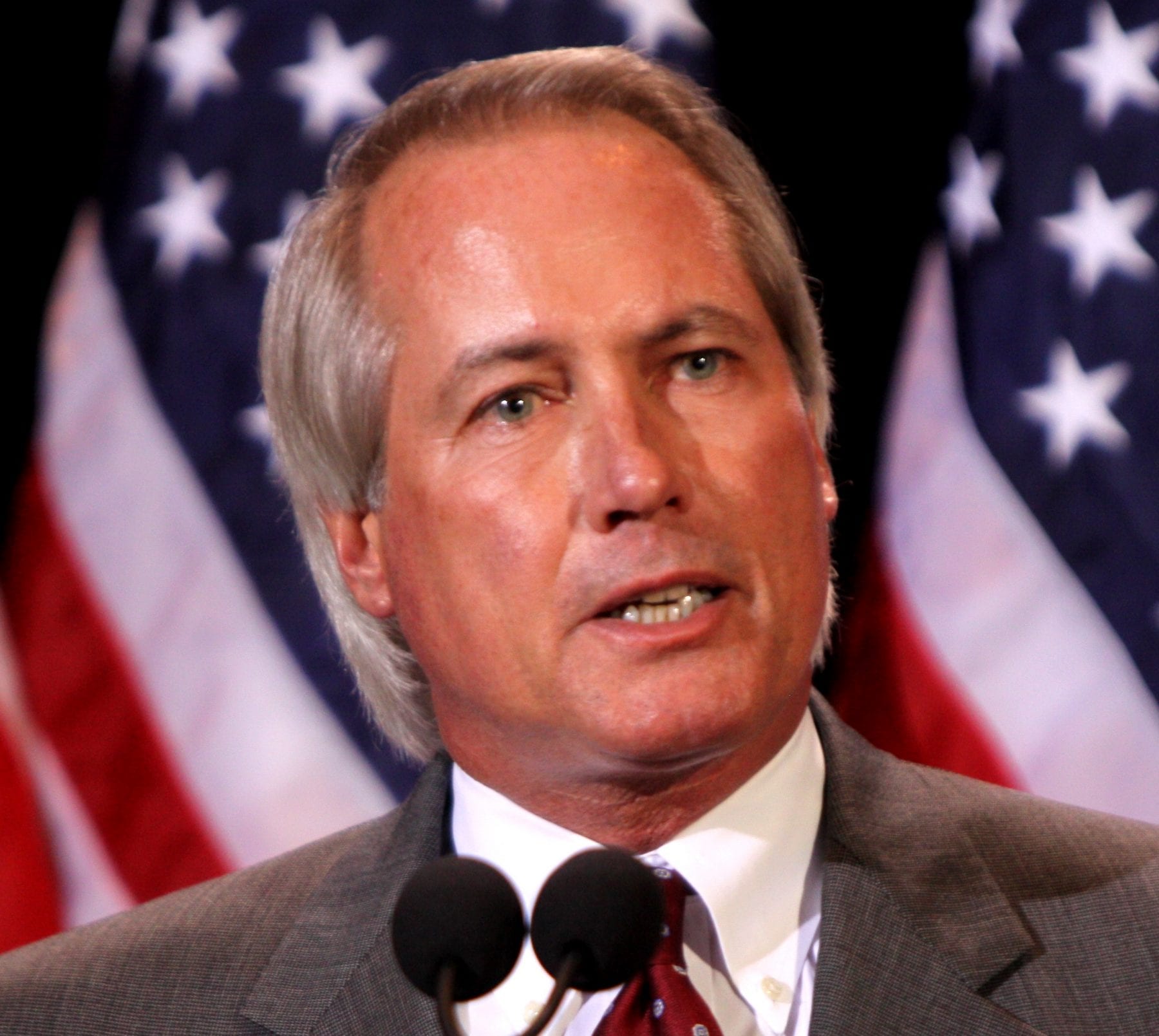 ALPHARETTA, Ga: L. Lin Wood didn’t heed the calls from the Secretary of State’s Office to stop the rhetoric during today’s “Stop the Steal” press conference/rally with attorney Sydney Powell.

Stalking the stage like a Southern Baptist preacher who caught the spirit, Wood said, “We will not allow ourselves to go back into the polling booth.”

Following the Wood/Powell press conference, Sterling pointed out the Wood has a Democrat voting record since 2004. “We encourage all voters to vote in an election. Democrat, Republican, Green, Socialist, Libertarian,” he added.

Wood’s fiery preaching took aim at almost every prominent Republican in Georgia, including Senators David Perdue and Kelly Loeffler. He urged Perdue and Loeffler to demand a special session of the Georgia General Assembly.

“They have not earned your vote,” Wood said. “Don’t you give it to them. Why would you go back and vote in another rigged election for god’s sake! Fix it! You gotta fix it!” 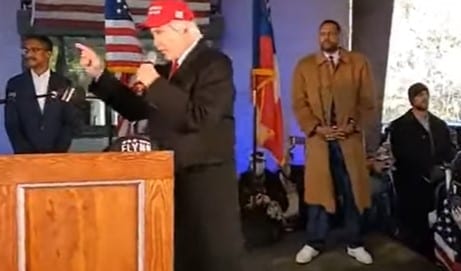 Lin Wood urged the crowd to not vote in January.

The January 5 runoffs will decide who controls the Senate.

Powell advised all Georgians not to vote until they knew their votes were secure, suggesting a return to paper ballots and voter IDs. The only speaker telling people to vote was Democrat Georgia House Representative Vernon Jones, who endorsed David Perdue and Kelly Loeffler.

BKP polled attendees, and out of 30 people, 75 percent saw no reason to vote in the January 5 runoff election. President Trump is visiting the state on Saturday to campaign for the Senators and hopefully subvert a depressed turnout in January.

Continuing with his calls for a special session, Woods instructed the raucous crowd to circle the governor’s mansion and honk their horns until Kemp gave in to their pleas. Afterward, he suggested that Kemp resign.

“Lock him up” chants rang out for Kemp, started by Wood. Later, he accused Kemp and Raffensperger of taking money from China without offering any proof.

The rally antics weren’t what the crowd came to see. BKP from BKP Politics attended the rally and spoke with several attendees. 75 percent surveyed expected a more informative presentation and not a miniature Trump rally. The remaining 25 percent expected the show they witnessed.

A more subdued Sydney Powell called the audience “the heart and soul and spirit that make this country the exceptional place that it is.” She reminded that all elected officials work for the people. 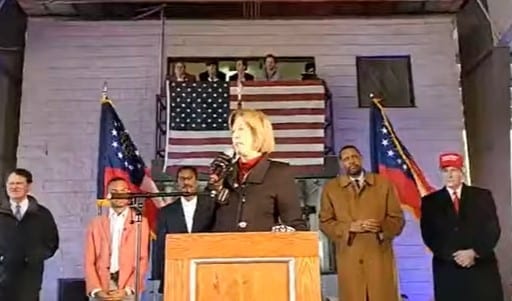 Alleging widespread voter fraud, Powell extended the conspiracy from Dominion Voting Machines to practically every system. An individual explained to Powell that the fraud permeated the software’s “DNA,” so “all are at risk of being manipulated.” She believed the algorithm flipped votes across the country. Powell promised to turn all their evidence over to the Department of Justice.

Sterling countered these claims in his afternoon press conference.

“We did a hand audit. Human beings did. No machines were used. In fact, somebody asked Lin Wood and Sydney Powell, the hand audit said this, how could the algorithm thing of worked? They said no-no it wasn’t the hand audit they used machines to count those. They lied to the people who are believing them’s face. It’s this kind of lying and this kind of rhetoric that is continuing to inflame passions on the ground unnecessarily, and it’s wrong. ” Sterling stated.

Earlier this week, a judge scheduled a hearing for Friday. The first case is in appeals after being thrown out.

Georgia recounts continue to affirm President-elect Joe Biden’s win of the state. The race will be certified after the final recount is completed.