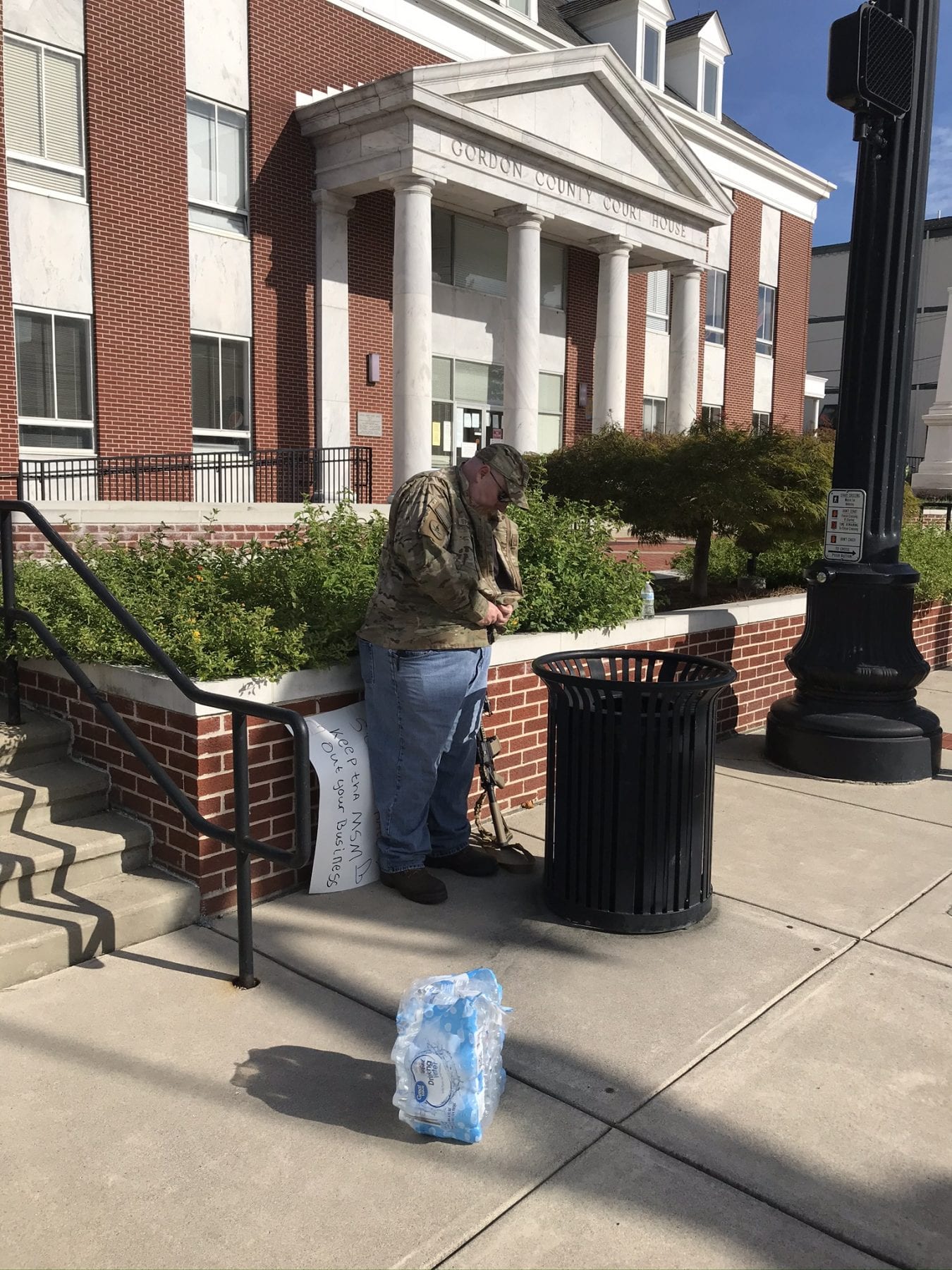 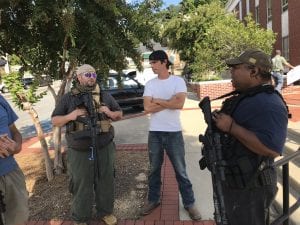 Photo by Susan Kirkland Local supporters should up in Gordon County.

A peaceful protest supporting Kyle Rittenhouse brought out about 20 men and a few women to the Gordon County Courthouse Saturday afternoon. Kyle Rittenhouse was arrested and charged with murder after shooting three rioters in Kenosha, Wisconsin, sparking worse rioting and have divided the nation into those who view the incident as self-defense and those who see it as unprovoked. 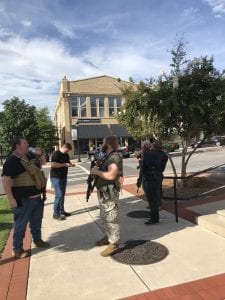 Photo by Susan Kirkland Residents of Gordon County and Blairsville turned out Saturday to show their support for Kyle Rittenhouse, an Illinois teenager charged with murder after shooting three, killing two, after a confrontation in Kenosha, Wisconsin.

“We are here to support Kyle who was wrongfully arrested for defending himself from a violent organization,” said a black man in attendance. He didn’t want to give his name because he was a member of a militia.

Others, like Lisa Deyton, shared her name and her opinion. “We have our voice. We want justice for Kyle.”

She and her husband, Joshua, are militia members and came from Blairsville to show their support. 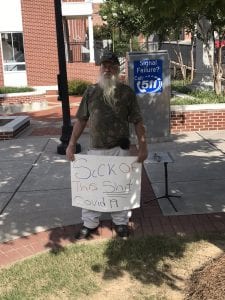 Another man said he was Adam Freeman, but quickly added with a chuckle,”It’s four words.”

WATCH WHAT THE EVENT ORGANIZER SAYS.

He said he was there to show his support for a multitude of issues, including Kyle, saving children, and aggravation for COVID-19. He switched out his signs, rotating through and several cars honked their horns, other rolled down their window and shouted support and encouragement. Motorcyclists rode by and threw up a finger wave in support. Trucks would squeal tires and one car played “Dixie.”

Ryan Myers, who organized the event, said he wanted the public to know he wanted peace for his child, and he supports people being able to express their opinions.

“I blame his situation on the government for not protecting it’s citizens and the media dividing us,” said Myers. “It’s not right that kids on both sides are being indoctined and feeling like they have to do this.”