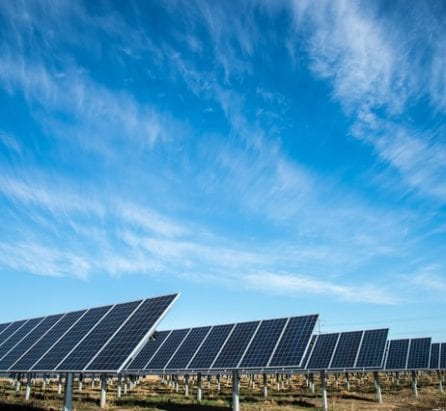 Photo by American Public Power Association on Unsplash
Calhoun Utilities and Calhoun City Schools have been awarded a $50,000 matching grant to install solar panels for students to learn how they work.

Calhoun Utilities in conjunction with Calhoun City Schools received a $50,000 solar grant from the Georgia Environmental Finance Agency.  The solar grant will allow the city to install a 60kW ground mount solar installation at the Utility Operations Building. It is a matching grant and the city plans to put $50,000 with it to fund the project. Larry Vickery, director of utilities, updated the city council about the project at Monday’s meeting.

Vickery said that while the project won’t generate a lot of energy, it will provide an opportunity for students to learn more about solar energy.

“They will learn how solar panels work, how the parts function, and how to determine how well they are working,” said Vickery.

While the grant is for the city utilities and city schools, Vickery plans to open the the project to the College and Career Academy and the county school’s as well.

He said they are in the process of formalizing the bids and three companies have sent in bids.

“We are hoping to buy locally,” he said, adding panel manufacturers are located in Marietta and Dalton.

He added the grant was awarded in August with a deadline of October to have it installed, but the coronavirus delayed plans across the state. 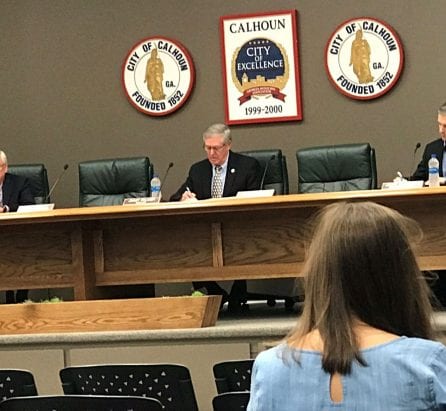 Photo by Susan Kirkland
The Calhoun City Council heard several alcohol license renewals which will have their public hearings at the Nov. 9 meeting.

“If you get up there really early, you can miss the line,” Palmer joked. “It’s been constant and I’m sure they are breaking records.”

The public hearing will be at the Nov. 9 meeting. 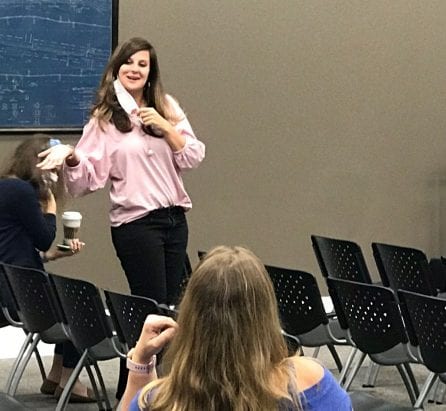 The public hearing will be at the Nov. 23 city council meeting.

The following renewals are on the agenda for the next month: